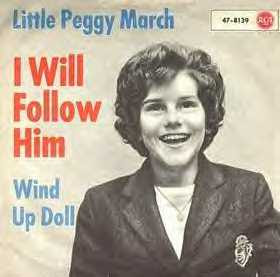 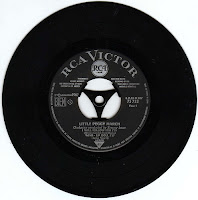 Today in 1963 Little Peggy (born Margaret Annemarie Battavio, March 8, 1948 in Pennsylvania, US) hit NO.1 on the US singles charts for her song 'I Will Follow Him'. The song stayed on the Billboard charts for 3 weeks and the R&B Singles Charts for 1 week. The kewlest thang about this is that Litte Peggy March was the youngest female singer to have a US No. 1 record, let along a number one hit. How amazing to be 15 years old and have a hit and break a record.

Here is another version of the song that I am VERY partial towards. I absolutely love watching Whoopie Goldburg and her move Sister Act used Little Peggy's song. It starts out very nun, but kicks into it to the point where you just want to step away from your computer and go with the bounce in yer bum!

Little Peggy was discovered by the Producer duo Hugo and Luigi when she as thirteen years old singing at a wedding.  It was these producers that gave her the name Little Peggy; she was only 4'9" and her birthday was in March. Okay, I guess that is logical hey? lol I always find it interesting how the music exec's come up with a name for the Biz that is better than the one your were born with. How kewl is it that Gretchen Wilson said NO! he he he.... Littel Peggy was only 14 when she recorded the song and was 15 when it hit number 1. That was in the day - TODAY I had to go search for the youngest recording artist and I may not be 100% correct, but whatever. he he....I found Cleopatra Straton from Romania: yountest recording artist in the world - 3 years old. Check this out! 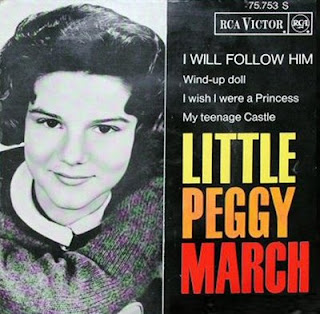 Little Peggy was a minor and her parents were not allowed to manager her financial affairs because of the "Coogan Law" - Oh, how I have to look into that when I have time! Who on earth was the Einstein there!?? So her Manager (Russ Smith) had the honor. The was no honor in that he blew the whole fortune by the time anyone knew what was going on! Apparently Peggy only had $500 to show for the number one hit! When she graduated from High School in 1066 she got a new manager and they got married and and had a daughter in 1974. Amazing how life turns out sometimes hey?