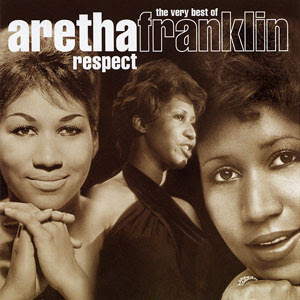 Today in 1967 Aretha Franklin released 'Respect'. You may have heard of it before? This is yet another timeless tune that will continue on through the generations. Regardless of whether you like the genre or Aretha's voice it all boils down to the lyrics in this one!!


Aretha Louise Franklin was born in 1942 in a 2-room house in Memphis. She learned to play the piano by ear and by 16 he was singing regularly in her fathers' Baptist Church. She is referred to by many as The Queen of Soul. 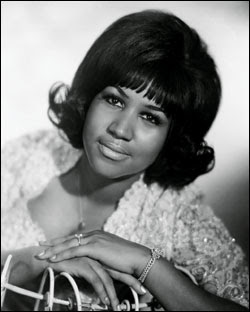 She is a singer, songwriter and pianist. She may be the queen of soul, but she has hit songs in R&B, Blues, Jazz and has even jumped over to Pop a few times.  Rolling Stone magazine ranked her one of the top Greatest Singers of All Time. She has 18 competitive Grammys and 2 honorary Grammys. Aretha has 21 No. 1 singles and 45 top 40 hits. As a female Artist she has the most million-selling singles and in the genre of R&B she has 10 No. 1 Albums - more than any other female artist. Now WHY WHY WHY are stats split into sex? Kills me really. I thought we were moving ahead in the millennium. I can see why football would be segregated between the sexes, but music?!

One of my favorite songs of all time is '(You Make Me Feel) Like a Natural Woman'. This song was cowrote with Carole King and Gerry Goffin. Again - a TIMELESS SONG! 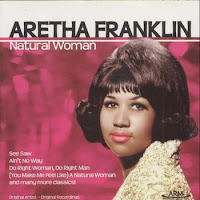 Aretha Franklin is releasing her 38th Studio Album to mark her 50th anniversary in Show business. A half of a century in the biz and she is still going strong - mind-blowing!! The album is set for relase on May 3, 2011 and it called A Woman Falling Out of Love. The kewl thang here is that she formed her own label in 2005 so the new Album will be released on Aretha's Records and she also co-produced.  The first single will be 'How Long I've Been Waiting'.  I personally will be anxiously awaiting her Cover song versions of Barbara Streisands' 'The Way We Were' and Carole Kings' "You've Got a Friend'.