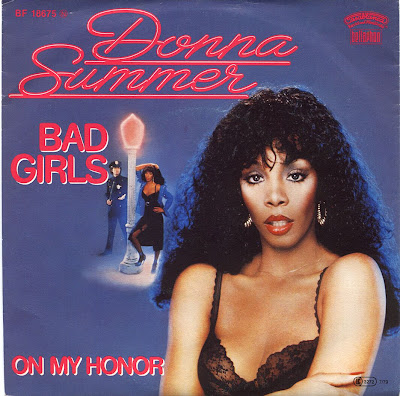 Today in 1979 Donna Summer hit No. 1 with her song 'Bad Girls'. She co-wrote the song with Brooklyn Dreams and her inspiration for the song was based true story where a police officer offended one of her assistants because he thought that she was a prostitute.  When the song was completed and presented for recording Donna was asked to give the song to Cher. She refused and put the song away for a couple of years.  The song was extremely popular! It hit the charts for pop, R&B and dance all at the same time right along with her other single Hot Stuff (which is her most successful song) 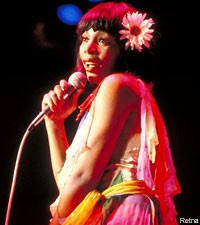 Donna Summer (LaDonna Adrian Gaines - born Dec 1948) is an American singer, songwriter that hit the charts in many Genre's with her Disco style of writing and performing. She is still on stage putting a bounce in everyone's bum today! 30 years later. 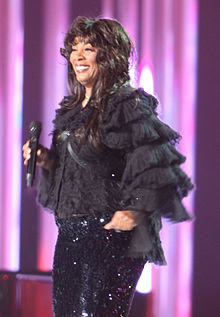 Donna Summer has 5 Grammy's and is acclaimed as the FIRST artist to have 3 consecutive double albums that hit No. 1 on the US Billboard charts. Donna also hit No.1 FOUR times in only 13 months. Wow hey - she was IT!

Please share on Facebook - Link is below
Click a Reaction and/or comments - YOU ROCK!
Netty Mac is donting a performance at 9:00 for the Slave Lake Charity Concert In Calgary AB - come on out:
Click here to donate ONE DOLLAR via PayPal
Posted by Netty Mac at Thursday, June 16, 2011
Email ThisBlogThis!Share to TwitterShare to FacebookShare to Pinterest