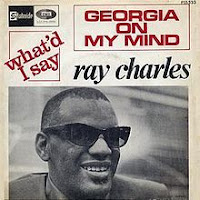 Today in 1961 Ray Charles won 3 Grammy's - one of them being Best New Male Vocalist for his song "Georgia On My Mind". Ray Charles is the undisputed Pioneer of Soul music. (Okay, of course you may dispute it, but if you do, please comment and advise me who it is that should have the title - I'll even mail you a Free Netty Mac Shirt and Ball Cap if you prove me wrong - which wouldn't be the first tine for me. lol - comment and lets play the game.....) I have yet to meet a Ray Charles song that I did not like - the mans voice just captivates me every single time!! I love this quote my Billy Joel: "This may sound like sacrilege, but I think Ray Charles was more important than Elvis Presley. I don't know if Ray was the architect of rock & roll, but he was certainly the first guy to do a lot of things . . . Who the hell ever put so many styles together and made it work?" Ray Charles most certainly had a huge part in the integration between country and pop music. Sounds like an oxymoron doesn't it? lol

All these years, I thought that 'Georgia On My Mind' was Ray's song, but it was actually first written in 1930 by Stuart Gorrell and the music was composed by Hoagy Carmichael. Here is the original version of the song - Ray definitely added his own special flavor to the tune: 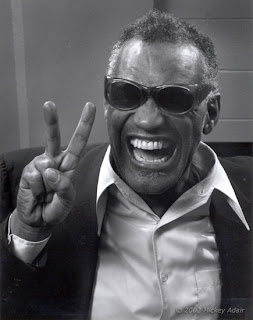 Ray Charles recorded 'Georgia On My Mind' in 1960 on the album The Genius Hits the Road. How fitting that the state of Georgia (also where Ray was born) adopted the song as their "State Song" in 1979. Willie Nelson (also a fellow Ray Charles Fan) took "Georgia On My Mind" to number 1 on the Country Charts. Bumpkins just loved it - me being one of those Country Bumpkins... 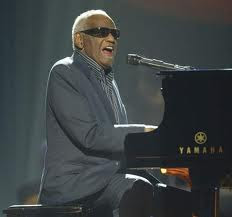 'Georgia On My Mind' is just one of those songs that you want to dance the dance with the one you love. It has such a groove that it empowers you to dance with such emotion that you may as well be making love in public....which is what (in my humble opinoin) a slow dance well executed equates to! Seriously though - listen to the song again and picture yourself in love and dancing (as though no one is watching) - yummmmeeee!! Here is Ray's reaction to the dancing/making love in public thang: 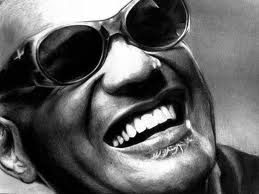 Posted by Netty Mac at Tuesday, April 12, 2011
Email ThisBlogThis!Share to TwitterShare to FacebookShare to Pinterest