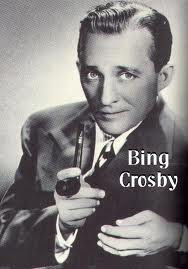 Today in 1960 Bing Crosby received a Platinum disc, now remember this is 1960! (Platinum is very attainable by today's standards, however in 1960 it was an amazing feat!) Bing Crosby sold his 200 milionth record as a result of sales from 2,600 singles and 125 albums. ONE HUNDRED AND TWENTY FIVE ALBUMS - really? I can't even wrap my brain around that number! How on earth does one pull that off in one career?? Even by today's standards where it is possible to pump out an album in months - blows my mind really! 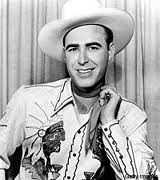 Harry Lillis "Bing" Crosby (May 3, 1903 – October 14, 1977) was an actor and a singer for the US. His trademark was his bass-baritone voice and it was that voice that made him one of the best-selling recording artists of the 20th century. 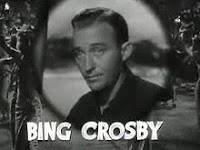 And just what are those numbers you ask? How about over a half a billion records sold in his lifetime from 179 labels in 28 countries! Bing Crosby was also considered a multimedia star, it wasn't just about his records sales. From 1934 to 1954 he was the leader in record sales, radio ratings AND motion picture grosses. In the mid 1940's he was considered the most admired man around and it was also at that time that he filled over 40,000 of the 80,000 weekly hours that radio allowed to air music. Bing has an Academy Award for best actor, but he coolest thing that I had never heard of before is that is one of only 4 that was nominated twice for the playing the same character.

Now how on earth does that happen? In 1963 he also achieved a Grammy Global Achievement Award and is one of only 22 people that has 3 stars on the Hollywood Walk of Fame.Bing was also an entrepreneur with TV stations, race horses and venues, radio stations, golf courses and the major league baseball team: Pittsburgh Pirates. 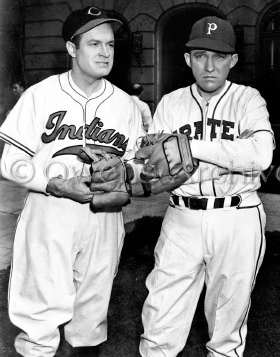 Bing Crosby's most famous song that he sang was White Christmas. Bob has the best quote that speaks to Bings most famous recording: "Dear old Bing. As we called him, the Economy-sized Sinatra. And what a voice. God I miss that voice. I can't even turn on the radio around Christmas time without crying anymore."...now tell me, who on doesn't know the words to White Christmas, STILL today! 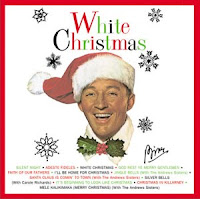 In the land of music, you have to give it up to Irving Berlin's writing and Bing Crosby amazing voice and interpretation of the written song for standing and in my opinion RULING the test of time in this amazing song. One could only dream the dream to come up with a song of this caliber and stature! Happy Christmas June folks - here it is! lol