DEEP PURPLE - Smoke On The Water 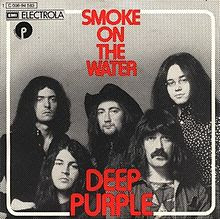 Today in 1973 Deep Purple's single "Smoke On The Water" was released to radio. Talk about one of the most notorious guitar intro's ever! This song is listed as one of Rolling Stone Magazines 500 Greatest Songs of All Time and also is listed in Q Magazine as number 12 of the 100 Greatest Guitar Tracks. 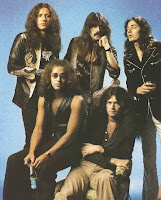 The lyrics of the song tells a true story: on December 7, 1971, Deep Purple had set up camp at Montreux, Switzerland to record an album using a mobile recording studio (rented from the Rolling Stones and known as the Rolling Stones Mobile Studio) at the entertainment complex that was part of the Montreux Casino (referred to as "the gambling house" in the song lyric). On the eve of the recording session a concert featuring Frank Zappa and The Mothers of Invention was held in the casino's

theater; during the concert a fire broke out (said to be caused by a Swiss fan shooting a flare gun in the ceiling, as mentioned in the "some stupid with a flare gun" line) that eventually destroyed the entire casino complex, along with all the Mothers' equipment. The "smoke on the water" that became the title of the song (credited to bass player Roger Glover, who related how the title occurred to him when he suddenly woke from a dream a few days later) referred to the smoke from the fire spreading over Lake Geneva from the burning casino as the members of Deep Purple watched the fire from their hotel across the lake. The "funky Claude" running in and out is referring to Claude Nobs, the director of the Montreux Jazz Festival who helped some of the audience to escape the fire.(This excerpt is from Wikipidia) 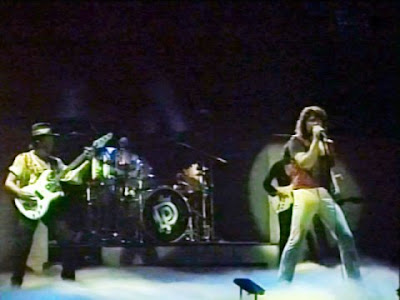 Look what I found! LOL - Now who would have thunk that Deep Purple would sound good singing a Beatles tune? This video cracks me up! I do have to admit that I am not a big Deep Purple fan, but now if they played more tunez like this one I am sure I would listen to them more:

Chow Mein Noodle!!!!
Netty xoxo
Posted by Netty Mac at Thursday, May 26, 2011
Email ThisBlogThis!Share to TwitterShare to FacebookShare to Pinterest