THE TREMELOES - Silence is Golden

Today in 1967 The Tremeloes hit No. 1 on the UK Singles chart with 'Silence is Golden'. 'Silence is Golden' was written by Bob Gaudio of The Four Seasons band in 1964 and was released as the B side to Rag Doll. Released as the B side - gone are those days hey? Now this is no side! The ninety-nine cent song has NO sides... The Tremeloes sold over a million copies world-wide and also recorded an Italian version.

The Tremoloes originated as Brian Poole and the Tremeloes. Brian was one talented lead singer slash drummer. I tell you what, I have the utmost respect for drummers that can sing! I can't even imagine how on earth they do it!! Try is for yourself. Take your most favorite song, use a table and just use your two hands, don't worry about your feet; get your groove on and now sing your song AND keep that beat. I dare you!..... The Tremeloes were influenced by Buddy Holly and The Crickets and predominately sang their songs. What they did to however is take Buddy's 3-chord licks and turned them into 4 and 5 chord licks. 'Silence Is Golden' was their only chart-topper and I understand why - I really like this song:

In In 1962 Decca Records was on the hunt for a "Beat" group so they held auditions for 2 bands. Both bands were heavily influenced by Buddy Holly and both bands had similar combinations of players and both bands were comprised of every member having very strong lead vocals. The Tremeloes won the Audion and slot to work with Decca and who was that other band? 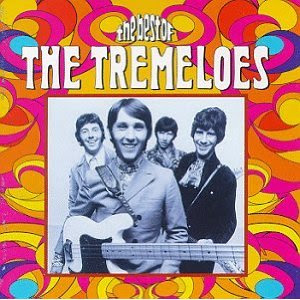 It was The Beatles! Yeppers that's right folks, these guys beat out the Beatles who; at the end of the day had a tad more than one No. 1 hit in their career.  I have said it several times before, you just never know what the judges are looking for and the outcome is NEVER a reflection of your art when it comes to talent contests or auditions.  The Tremeloes have another song that I adored when I was younger; I am confident that this song didn't make it to the charts only because of the competition at the time of release because it Rocks....what do you think:


Yet another band that is still rocking it out 5 decades later. They went on a world-wide tour in 2006! Crazy hey? I had to laugh when I was looking at their Albums: Greatest Hits, The Greatest Hits, The very Best Hits, The Complete Hits...now that would be milking it hey? Kudo's to The Tremeloes for still givenrrrr!! 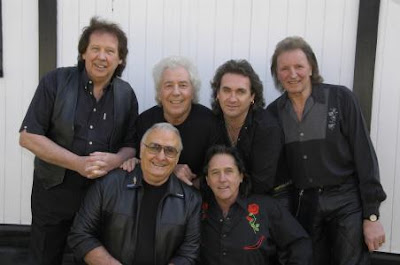 Please share on Facebook - Link is below
Your feedback / comments would ROCK!
I am so very proud to update the Netty Mac Train now has:  22, 752 FANS in 93 Country's
CLICK HERE: SIGN UP TO BE A FAN
Cheerz & have a HUGE day!!

Chow Mein Noodle!!!!
Netty xo
Posted by Netty Mac at Tuesday, May 17, 2011
Email ThisBlogThis!Share to TwitterShare to FacebookShare to Pinterest