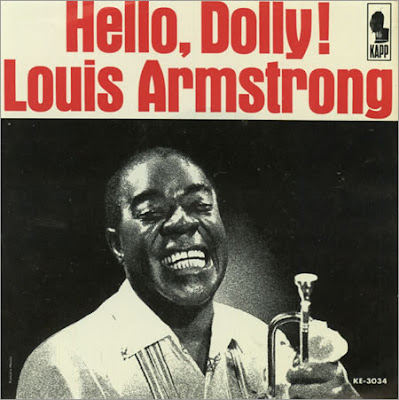 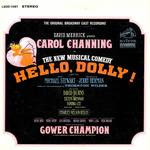 Today in 1964 Louis Armstrong made history as the oldest (62) artist to hit No. 1 on the US charts with the song 'Hello Dolly'. Have you ever seen the Broadway musical Hello Dolly? I strongly recommend it if you have not. Hello Dolly was first performed by Carol Channing in 1964 when she starred in the the original Broadway cast in 1964 at the St. James Theater in New York City.  The song became such an instant hit that Kapp Records released Louis Armstrong's' publishing demo as a commercial single.

Louis Armstrong's recording knocked the Beatles off of the charts at number one in 1964. The amazing this about this was that the Beatles were on a streak and setting a record at the time; they were 14 weeks at No. 1 with three No. 1 hits in a row and also held the top 3 spots at the time. Atta go Louis, but I wonder what the Beatles next song would have been if they would have gone on to four number one hits and the weeks kept tallying. I love this picture - doesn't it just say na-na-na-na-nah! Not that that was Louis' character - just sayin.


Louis Armstrong received a Grammy for Best Vocal Performance Male in 1965 with 'Hello, Dolly!'.  Then in 1969 he sang 'Hello Dolly!' with Barbra Streisand in the Hello, Dolly Movie. 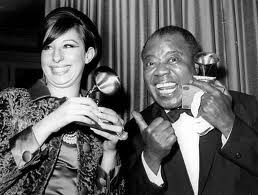 Please share with twitter and/or facebook
Reaction boxes are below - Your feedback would ROCK!
I am so very proud to update the Netty Mac Train now has:  22, 032 FANS in 88 Country's


CLICK HERE: SIGN UP TO BE A FAN
Cheerz & have a HUGE day!!
Chow Mein Noodle!!!!
Netty xo
Posted by Netty Mac at Monday, May 09, 2011
Email ThisBlogThis!Share to TwitterShare to FacebookShare to Pinterest