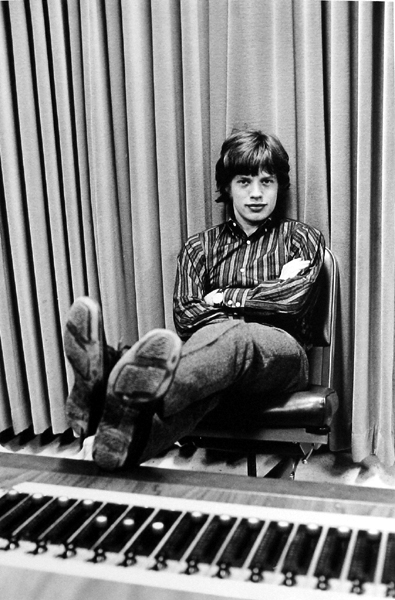 Today in 1964 a school in Coventry England suspended 11 boys for having Mick Jagger haircuts. REALLY?! What a chapter for Mick to put in his book hey? What a time that must have been to be in England when The Rolling Stones and the Beatles were hitting the airwaves with their tunez! So lets get back to the suspension thang...Can't you just hear it now?....There are 11 60+ year-old men out there likely still telling the story: "yep - I got suspended for having a Mick Jagger haircut"..LOL 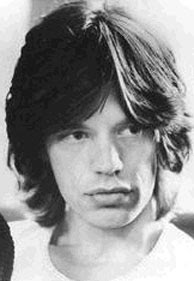 Mick Jagger has been a rocker for over 50 years and is still going strong! Amazing really.  I would like to say that I spend a small fortune on his Rolling Stones Farewell Concert ticket (the farewell concert to years before this last farewell concert a couple of years ago - hmmm - come on! Stones and Cher - farewell means buh-BYE! for future reference. lol) 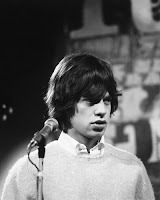 Sir Michael Philip "Mick" Jagger (born 26 July 1943) - Mick was knighted in 1993 and blew the doors off of his fans and dignitaries around the world. Fans couldn't believe he accepted as it was in complete contradiction of his "anti-establishment stance" and the other folks that are higher on the ladders than the rest of us were surprised because Mick had no record of charitable work or public service. One thing I would also like to add is that Mick was not present at the Queens' 50th Anniversary on the Throne celebration at Buckingham Palace - he is indeed one bad-ass! I giggled at this quote by Charlie Watts form his book 'According to the Rolling Stone': "Anybody else would be lynched: 18 wives and 20 children and he's knighted, fantastic!"

As I was surfing the wonderful Iconic Mick Jagger I came across something that I would have bet against as existing and that is Mick Jagger singing Country Music! This song is on his solo album from 1993.  Too funny - he's not bad either. Here it is, enjoy:

Chow Mein Noodle!!!!
Netty xoxo
Posted by Netty Mac at Friday, May 27, 2011
Email ThisBlogThis!Share to TwitterShare to FacebookShare to Pinterest