Carl Perkins was traveling to New York this day in 1956 to make appearances on the Ed Sullivan and The Perry Como Show when he got into an accident. He ended up on the hospital for months with a broken shoulder and ribs. Now who the heck stays in the hospital for several months for ribs and a shoulder? Just goes to show you how far our medical system and science/technology have come hey? 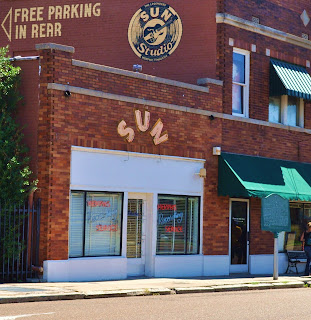 This story has a twist to it though. I personally know of Sun Records because of Elvis Presley and the whole Sam Phillips thang. There was a short period of time where Elvis left Sun to peruse bigger and better roads and Sam turned to Carl Perkins and said you are "my new Rockabilly guy now." I can only imagine what went through Carl's mind with that sentence. Are you kidding me? I bet he was jumping out of his skin with excitement!! I know I sure would have been!!

Carl was referred to as the King of Rockabilly and he was best described by Charlie Daniels: "Carl Perkins' songs personified the rockabilly era, and Carl Perkins' sound personifies the rockabilly sound more so than anybody involved in it, because he never changed." That is the key folks! When you have a HUGE talent and the Fans love you for that talent - don't mess with it! Keep it the same. I have been to well over 200 concerts in my life and I can't count all of the acts that I saw that messed with the reason I bought the ticket and walked away from the show disappointed!!. 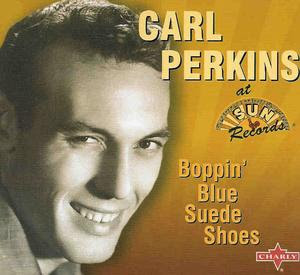 If you got it - keep it, this is one of those rare circumstances where it SHOULD just stay the same! And stay the same he did! Carl was inducted into the Rockabilly Songwriters Hall of Fame, the Rock and Roll Hall of Fame, the and the Nashville Songwriters Halls of Fame. WOW! WOW! I we talk about cross-over acts today? To get your name in all of those halls of Fame was an astronomical feat in that day in age AND by today's standards as well. To top the Halls of Fame he was also an award recipient from the Grammy Hall of Fame Award.

Carl hit #1 on the Billboard Magazine County Charts, #2the Best Sellers POP MUSIC Chart and was the first Country Artist to nail a spot (#3) on the Rhythm & Blues Charts. Now that is some talent right there peeps! And to think due to his humble beginnings his first guitar was made by his father out of a broom and a cigar box!

Carl's accolades speak for themselves and so do the list of folks he has played with over the years. In this picture Carl is jamming with Jerry Lee Lewis, Elvis Presely, and Johnny Cash: 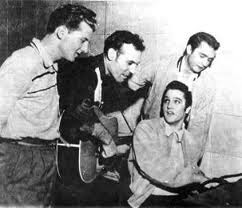 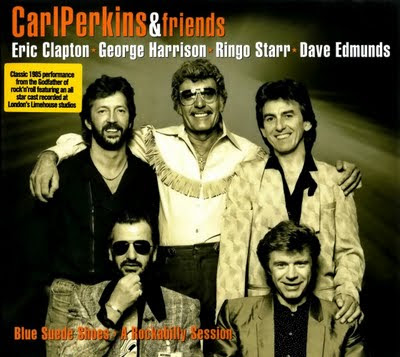 Carl passed on in 1998 and had the career most of us could only dream of attaining. He was such a diverse musician and song writer and I say this with great complexity because while he was so diverse he was also as Charlie Daniels said - "he never changed". I could only hope for this in my career and know that I have the loyal fans to keep me true to Netty Mac. Carl Perkins ranks very high on my list of all time Music Greats and I hope after reading this blog, he may have climbed or made it to your list as well.

Blue Suede Shoes Video:
(This is hilarious!! - check out the dancing!!)
http://www.youtube.com/watch?v=79CJON8fv6c 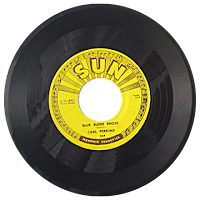