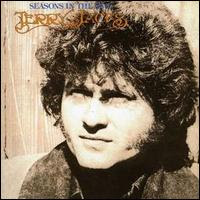 Today in 1946 Terry Jacks was born in Winnipeg Manitoba. I refer to this location as Winterpeg and for those of you that have not been there, trust me on the Winter part! So who is Terry Jacks? He is Canadian signer songwriter that had a few hit songs of which one of them just happens to be one of my favorite song from when I was a kid: 'Seasons in the Sun".

Oh how I had fun with this song, I used to come up with the strangest lyrics. Actually my younger sister and I would sing this song when I was learning how to play guitar. Little did I know that I was not the only one that had a hayday with the lyrics to 'Seasons In The Sun".  The original French song was about infidelity and was written by Jacques Brel. The English translation did not capture the intended message of Jacque. 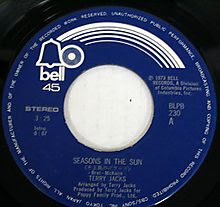 Prior to Terry Jacks version the song was also rewritten and recorded by the Kingston Trio (Smokin' Smokin' Band!) prior to and they eluded to the infidelity theme. Terry deleted the infidelity verses and added this of his own:


Goodbye, Michelle, my little one,
You gave me love and helped me find the sun,
And every time that I was down
You would always come around
And get my feet back on the ground;
Goodbye, Michelle, it's hard to die
When all the birds are singing in the sky,
Now that the spring is in the air,
With the flowers everywhere,
I wish that we could both be there!

Terry and his wife Susan (The Poppyseeds) were set to join the Beach Boys to record Seasons in the Sun and when the Beach Boys neglected to finish the project, the Jacks' decided to forge forward. Good call! 'Seasons in the Sun went on to be the biggest selling international single by a Canadian Artist in 1973 topping the charts at number one in both Canada and the U.S.  Ah yes, and also how about four Juno Awards. 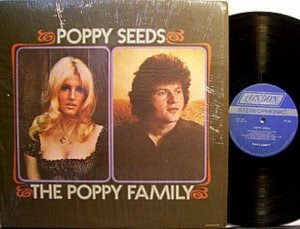 Here is another Terry and Susan Jacks Canadian chart topper:

Terry Jacks is yet another record-breaking Canadian Artist with a song that will always be near and dear to my heart. Namely because I had so so much fun manipulating the lyrics to suit my moods each time and some were, well....shall I say: best not ever repeated. LMAO Try it, listen to the song and try out your own hand at songwriting, I would love to hear what you come up with. Shoot me the lyrics for a your original verse and I may record it for you (as long as the lyrics are not too close to mine when I was a kid - I don't need that kind of press right now as an Indy Artist lol)


Jump on the Netty Mac Train - CLICK HERE to sign up to be a Fan
Cheerz & have a HUGE day!!
Chow Mein Noodle
Netty


Posted by Netty Mac at Tuesday, March 29, 2011
Email ThisBlogThis!Share to TwitterShare to FacebookShare to Pinterest