My dear friend Greg Godovitz ( I call him Gregovitz) turns 60 today. The bio page of Gregovitz' website ends as follows:

'When asked if he has plans to retire any time in the near future Greg will only say, "Retire? I haven't started yet!"...yes indeed this would be the epitome of Gregovitz. He is tireless in his love and pursuit of music. And I am talking about ALL music. The man is a walking music encyclopedia! Here is a fantastic picture from Gregovitz early years with a band called the Pyggs - this is a very small insight into the personality and clever wit of Gregovitz - I can only imaging the marketing feedback from this slaughterhouse promo pic for the Pyggs! LMAO!!

Who is Greg Godovitz? I asked that question about a year ago. My Lead Guitar player, Mark Stauffer (aka Mr. Twang); STRONGLY urged me to go to the Baja Bar & Grill for the Sunday open musicians Jam to check out one of the greatest guitar players in Canada: Greg Godovitz. So I go, I play the token 3 songs with my band at the jam, but I don't really have an opportunity to chat with the Great Greg Godovitz; however he did comment while passing by that he liked my music.

It really is not like me to receive information about a notorious musician or anyone in the music industry for that matter, have an opportunity to meet them and NOT Google who it is that I am meeting. To this day I am still surprised by me not being me. LOL After the Baja Open Jam I go home and Google this guy who I met and heard. Holy Crap, I almost fell off my chair! We may not be as familiar with Greg Godovitz in Western Canada, but he is an Canadian Rock Music ICON in Eastern Canada! The man has been around the block!...and how lucky was I to get to hear him live.

In his early career Gregovitz played with many notables that became great just as he did. His career really took on in the early 70's when he formed the band Fludd; which went on to have several top 10 hits on the Charts. One of them being a song I still listen to today: Cousin Mary - here is a link: http://www.youtube.com/watch?v=OMIPzayDVTE 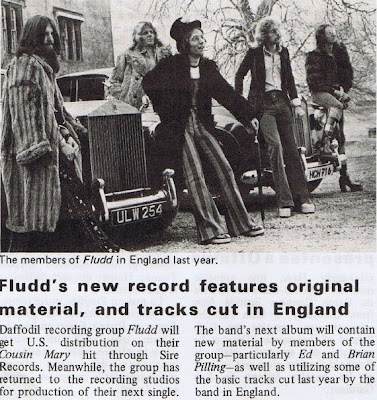 Gregovtiz also did a short stint with a Band called The Carpet Frogs (I know, I know, what on earth were they thinking?? That reminds me - I still have to ask Gregovitz where the heck that name came from!!). 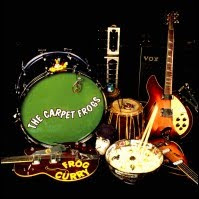 This was no ordinary band, they were considered the cream of the crop so to speak! Among many gigs and opportunities The Carpet Frogs were also the Backing Band for the likes of Burton Cummings (of The Guess Who) and Randy Backman both with Randy as a solo artist and also for Randy's' band Bachman-Turner Overdrive... you may have heard of them?

AND THEN THERE WAS GODDO!

Many still call Greg Goddo. Goddo reigned from the mid 70's to the early 80's. They released Louie Louie (love this tune1) on A&M Reocrds and it was this song (as considered by many) that put them on the map and led to their touring circuit. Their song "So Walk On" is my favorite. Here is the Video Link: http://www.youtube.com/watch?v=aa96Ct1el3o


I found a great story how in 1980 Goddo received the ultimate of Rock Band Awards. LMAO - The YOU ARE BANNED FOR LIFE AWARD from The Forum at Ontario Place in Toronto ON. As per Gregovoitz; "while we changed the fans destroyed stuff...we got blamed and banned forever...????" Now that just doesn't make any sense to me. OMG I would have been so pissed if this were me. I guess at the end of the day it is a hilarious look back into history. How many bands get banned for life because a riot broke out? I would also think that it was as exceptional marketing and promotions opportunity! Or not, I guess it would boil down to what side of the fence you were on. Regardless - not funny at the time I am sure but today Gregovitz; I find it very amusing. lol Here is a picture from that exact gig when they were banned for life. They boyz were just leaving to change: 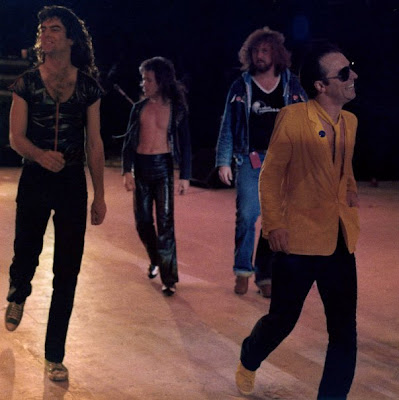 Gregovitz (Greg Godovitz or GODDO, actually there a few more but this is an all-ages blog LMAO) released his memoirs called 'Travels With My Amp' also on Bullseye Records. He toured Canada to promote the book through 2001 and is always happy today to provide you with an autographed copy of his 4th Edition Copy just released this year.

I found a review in Amazon.ca: "Travels With My Amp is a very skillful, fast paced and fun read. It gives a great insight in the early years of one of Canada's great rock bands and the man that made them that way. For the mothers with daughters in the 70's and 80's, your fears of her hanging around a rock band were well founded once your read this book."..."Greg has a wonderful way of expressing himself throughout the book. One can almost smell the stale smoke, feel the sticky beer stained floors and feel the sweat spraying off the rockers as they perform in a beer joint, or feel the excitement as they rock to 10,000 fans. This book is a must read to anyone interested in rock, and the music industry in Canada." In my humble opinion Gregovitz has great skill in painting a picture with words, regardless of written or spoken!


I have the privilege and honor to get to work with Gregovitz as he is the producer of my Album. We are about 80% complete and I can tell you that you will definitely hear Greg Godovitz between the lines. He has also layed down a few tracks with his Telly and Gretcsh and you WILL know as soon as you hear it that it is Gregovitz. The great rock star definitely has a trademark style. It is so much fun working with Gregovitz in the Studio, never a dull moment that is for sure!! 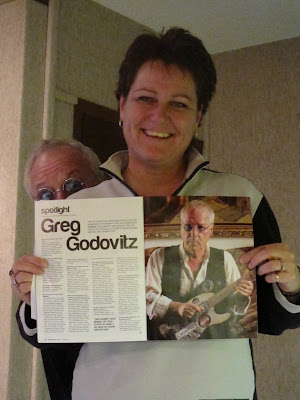 I know this is an insanely long Blog , but I just can't say enough about the man that has taught me so much in a very short period of time about music and really - how to be decent Artist . I am not talking about talent on a guitar or vocals, I am saying that Gregovitz leads by example with is kind demeanor, professional aptitude and music business acumen and is just a very nice human being all around. I admire his clever wit that he pulls out with cat-like reflexes and also, he is a teddy bear! Yes, the big Rock Star is such a soft and kind man!

Gregovitz, you will always hold a piece of my heart and I dedicate my Blog today to you today in celebration of your 60th Birthday. Happy Birthday Gregovitz! xoxo

Here is an EXCELLENT photo taken last night by DAVE DICKSON - Thank you for sharing the photo on Facebook Dave! Gregovitz had a 60th Birthday performance in Ontario last night and I am certain he Rocked the Roof off! Check out Dave's work on Myspace (he is very talented!!):
http://www.myspace.com/picdude 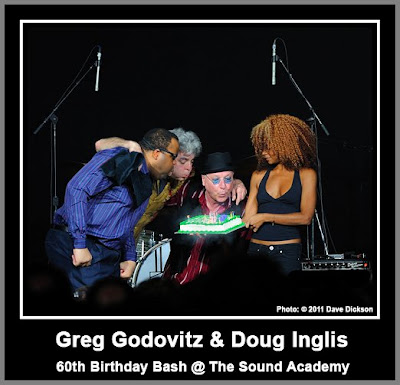 GREG GODOVITZ OFFICIAL WEB SITE:
You can get your Autographed copy of Greg's 'Travels With My Amp" book AND sign up to be a site Member - he engages you - I highly recommend signing up, what do you have to lose?
http://websd-greggodovitzcom.webs.com/