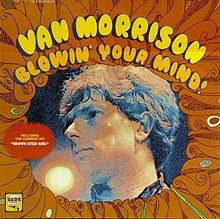 Today in 1967 Van Morrison (known as Van the Man) recorded "Brown Eyed Girl." Now tell me who does not know this song! It would take days to advise all of the Artists that have covered this song over the years and this is why I actually don't put it in my set, as I do believe that far too many bands have covered this song and I like to keep the show fresh. What do you think? Add it to the set list for my show? 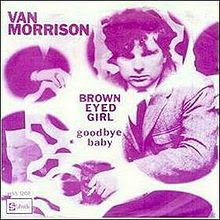 Van Morrison actually titled the song 'Brown-Skinned Girl' when he wrote it. Here is a quote from Van the Man: "That was just a mistake. It was a kind of Jamaican song. Calypso. It just slipped my mind. I changed the title." "After we'd recorded it, I looked at the tape box and didn't even notice that I'd changed the title. I looked at the box where I'd lain it down with my guitar and it said 'Brown Eyed Girl' on the tape box. It's just one of those things that happen." .... Now this is yet another of those times where I quantify EVERYTHING HAPPENS FOR A REASON!! If the name of the song was not inadvertently changed it may not be played in today's market in consideration of today's standards. Van Morrison wrote the song about a former lover of his and the original lyrics were hacked to get it on the radio. The radio and broadcasting folks demanded that the words 'making love in the green grass" be deleted - which of course they were. The inserted lyrics were then "laughin' and a-runnin', hey hey' that were in the previous verse. The song was recorded on the 22nd take on the FIRST day - interesting how such a timeless piece can evolve in such a short period of time. The earlier recordings have the hacked version, my how times have changed - making love was a swear word and today's music has the F-word and $hit is no longer a swear word for radio - the 'hokey' of yesterday wasn't all that bad now was it; when looking at TV and Music language of today's market. 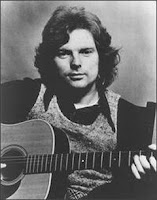 Now when speaking to 'hokey' of yester-years, Van Morrison is a prime example of the necessity of evolution  between the Artist-Label relationship. He signed his Contract with Bang Records without the guidance of Legal Council and it just goes to show how important it is that you know what you are signing when it comes to Legal Contracts! The Contract made Van the Man responsible for all expenses incurred to record the song and thus no royalties were to be paid until such time as expenses were covered. Well, I guess there was some creative accounting that at the end of the day resulted in no royalties due to Van!  What a guy, he proceeded to write a song about the ordeal: 'The Big Royalty Check'. LOL Here it is:

Mr. Van Morrison was inducted into the Grammy Hall of Fame  - I am sure this is no surprise to anyone! Van the Man is an amazing visionary writer in my books and also his writing is timeless! I would love for him to publish a poetry book.

Jump on the Netty Mac Train - CLICK HERE to sign up to be a Fan
Cheerz & have a HUGE day!!
Chow Mein Noodle
Netty

Posted by Netty Mac at Monday, March 28, 2011
Email ThisBlogThis!Share to TwitterShare to FacebookShare to Pinterest