Today in 1995 Prince (Prince Rogers Nelson born 1958) won an Oscar for the Best Original Score for a soundtrack for the movie "Purple Rain." The album was released in 1984 and spent 24 weeks AT NUMBER ONE on the Billboard 200 Charts. 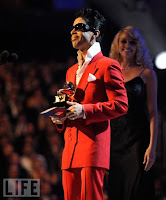 It only sold 34 million copies. In 1984 that was quite the accomplishment. In today's connected market it is attainable however still very difficult just the same; but in 1984?? WOW!!! The 'Purple Rain' movie grossed in excess of $80 million. Not too poo hey? The movie is about a screwed up musician (Prince) from a screwed up home. You could say it is a typical Hollywood hood drama however when referring to Prince the word typical is the least of appropriate word choices! I loved the movie and still enjoy the song (full version) to this day; namely for the amazing guitar take-off at the end. Here is an excellent Video link about the film: Purple Rain - THE FILM
At only 17 years old (1977) Prince had an excellent demo and press kit. By excellent I mean it must have been amazing because he had Warner Bros -Records, Columbia Records, A&M Records all offering contracts! Seriously? 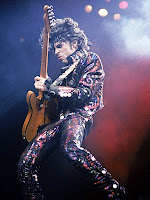 Now I can guarantee you that this does not happen in today's market. Okay, I take that back....It MIGHT happen if you still in high school, look like Justin Bieber - write like Taylor Swift and appeal to the bubble-gum generation.... So Prince ends up signing with Warner Bros. Now get this: Prince's' terms were FULL creativity control for THREE Albums and ownership of the Publishing Rights. Okay so now I can guarantee that this would never happen in today's market. lol 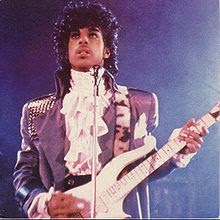 Prince is a Musician, Song Writer, Entertainer, Actor, Producer, Engineer and much more I am certain. To give you some highlights in the Mr. Purple Rain, on his first album "For You'; he composed, arranged, produced AND PLAYED ALL 27 INSTRUMENTS on the recording!!  You don't have to be in the music business, a musician or an Artist to acknowledge the feat of not only playing the 27 instruments, but as well as a rookie he did everything else as well. I bow to that talent and to think, he was a whopping 18 years old. Born star; that's what it all boils down to. 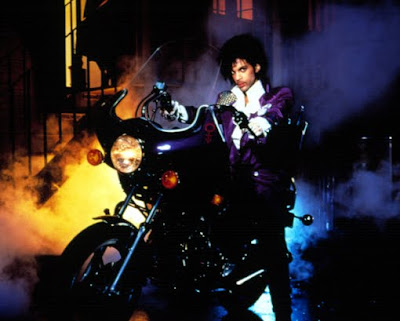 Prince is the king of controversy and I say this on so so many levels! He was (likely still is) just so outside-the-box and extremely unique, different, holy-crap-wow-R-U-4 real! kinda guy. lol 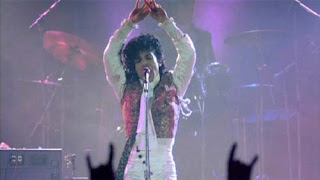 For example he released an album in 1980 called 'Dirty Mind" with the controversial song 'Head' - You do the media math on that one!
By the way, Prince is a Vegan converted Jehovah Witness and loves women and has children. I say this because there is speculation he may be on the Gay side due to the high heels he wears on stage. LOL Nope - he merely wears heels to compensate for being a whopping 5" 2'. 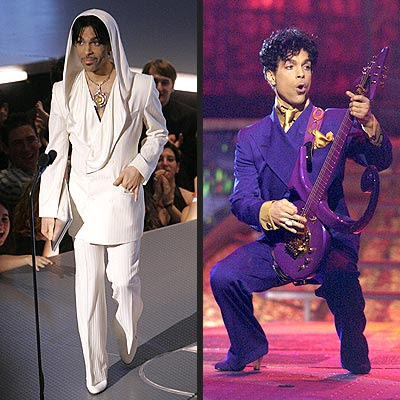 Prince has 7 Grammy Awards (33 nominations), Golden Globe Award, and an Academy award. Apparently he has over 100 unreleased songs in his Vault. Now that would be an interesting trip! He has produced 10 Platinum Albums and also has 30 Top 40 songs to his credit. Amazing really for a funk, rock, punk rhythm and blues Artist. 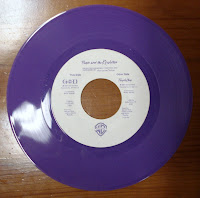 'Purple Rain' the song AND the movie is high on my list of recommendations as a must see and hear. The song - did you notice anything in particular about it? It is very different from what you are used to listening to and that is because at the final stage of production Prince took out the Bass! Yep - gone. Who-woulda'thunk! Crazy Man that is what he is! Talk about an 'I-don't-care-what-you-think,-here-I-AM!!' Artist. I admire that and wrote a song about that attitude called: "Look In Your Own Dish"!
Rent it, buy it - share it - it is worth it peeps!! ONE FINAL NOTE FOR YOU: The Original song was 8 minutes and 45 seconds long (find it - the guitar is out of this world!). Prince scaled it down to 4:05 for Radio. And here it is: The Song FROM the Movie - PURPLE RAIN:
DID YOU KNOW THERE WAS A SEQUAL TO PURPLE RAIN?? 1990 - again with a Killer Soundtrack: